Catholic Mysteries Of The Rosary

Joyful Mysteries of the Rosary
The Joyful Mysteries are taken mostly from St. Luke's Gospel in the New Testament. They involve the joyful events of Jesus' childhood. The most joyful event in all of human history is the Incarnation or when God became man and dwelt among us read more...

Glorious Mysteries of the Rosary
The Glorious Mysteries are the crown of Jesus' triumphs. How exhilarating to know that Jesus is God and that He rose from the dead, making you an heir to Heaven. Reminding yourself of these glorious events as you pray the Rosary prayer will keep your faith alive and strong read more...

Return to Origin of the Rosary page


Return from Demontfort page to our Home page 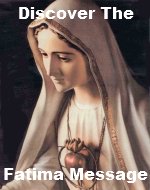 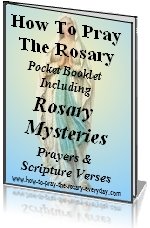 Almighty and everlasting God, look upon the Heart of Thy well-beloved Son and upon the acts of praise and satisfaction which He renders unto Thee in the name of sinners; and do Thou, in Thy great goodness, grant pardon to them who seek Thy mercy, in the name of the same Thy Son, Jesus Christ, Who liveth and reigneth with Thee, world without end. Amen.
-From the Litany of the Sacred Heart of Jesus

Please, help this site
continue running
by donating
just $5 or more
Why this?

He led a quiet, peaceful, humble life. Yet he held the highest position bestowed upon the human race.

Thirteenth Rosary Promise
I have obtained from my Son that all the members of the Rosary Confraternity shall have as their intercessors, in life and in death, the entire celestial court.

Copyright© 2017 www.how-to-pray-the-rosary-everyday.com
All rights reserved
Be sure to check out the
15 Rosary Promises given to Saint Dominic to help you find peace in this life and the next.